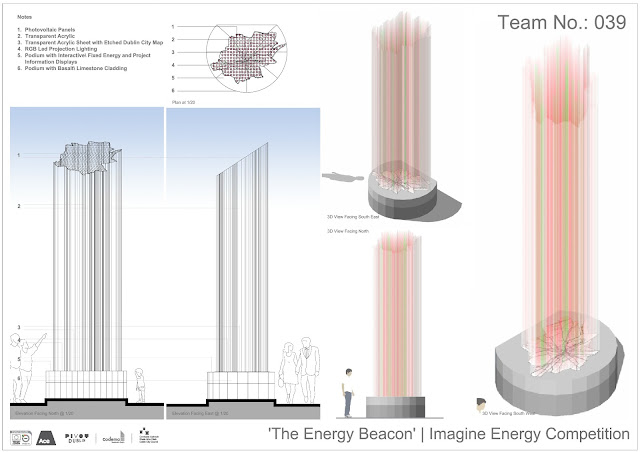 Conceived as a Beacon of Light, the ‘Energy Beacon’, consists of a Cast Transparent Acrylic Extrusion of the Dublin City Boundary Map. This extrusion sits on a Podium containing RGB Led Projection lighting (which is both programmable and remotely controlled). These Led’s are controllable in both colour and intensity to proportionally display the current Renewable and Non-Renewable Energy Usage in Ireland and Energy Demands during different times or the day and year. Furthermore the Colour Tone of Each Individual Energy Source can be replicated in the associated Interactive Displays and Online\ Offline Resources. Should more specific Information be available now or in the future regarding the areas where renewable or non-renewable energy emulates (or should other sustainable factors also be considered), the Led’s can highlight these areas on a Geographic specific basis.

Overlaid on these Led’s, lies the Etched Outline of Dublin City on a Transparent Acrylic Sheet. The Podium serves as the Display of Interactive Information Panels. It is envisaged that the power required for the Led Lighting would be provided by Photovoltaic Panels, on the peak of the extrusion, which is at the optimum angle for solar radiation.

The ‘Energy Beacon’ seeks first to incite curiosity from a distance and animate its setting, drawing in citizen and tourist passers-by for closer inspection. Once the visitor is drawn in, the Beacon reveals a location specific map of that area with interactive displays highlighting the Ace Project, Renewable Energy, explaining the Current Energy Usage displayed by the Beacon and directing the Visitor to further Online and Offline Information. Once initially investigated, the Beacon stands as a constant reminder the objective to increase Renewal Energy Usage and progress of specific projects. Ultimately the Beacon will change its appearance and meaning over time as increased Renewable Energy is in use.

The ‘Energy Beacon’ can be location specific, currently based on an extraction of the Dublin City Boundary which can be replicated on a larger County or Country scale or indeed on a smaller City Areas or Neighbourhood basis. The accompanying Online and Offline Resources could follow the unifying identity of the Use of Tone and Intensity of Colours in its Graphics and be Geographically relevant through the use of Online Mapping. 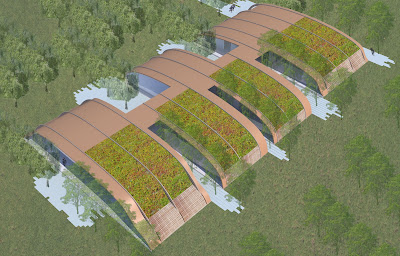 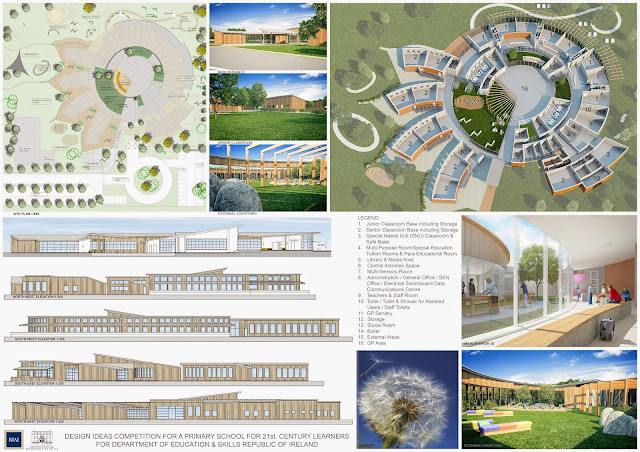